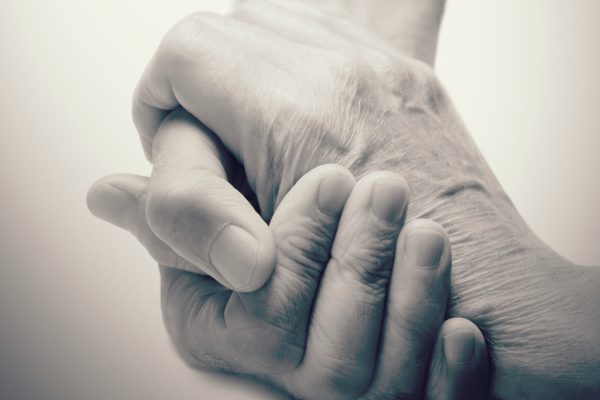 The morning Scripture Jonah 3 Then the word of the Lord came to Jonah a second time: 2 “Go to the great city of Nineveh and proclaim to it the message I give you.” 3 Jonah obeyed the word of the Lord and went to Nineveh. Now Nineveh was a very large city; it took three days to go through it. 4 Jonah began by going a day’s journey into the city, proclaiming, “Forty more days and Nineveh will be overthrown.” 5 The Ninevites believed God. A fast was proclaimed, and all of them, from the greatest to the least, put on sackcloth. 6 When Jonah’s warning reached the king of Nineveh, he rose from his throne, took off his royal robes, covered himself with sackcloth and sat down in the dust. 7 This is the proclamation he issued in Nineveh: “By the decree of the king and his nobles: Do not let people or animals, herds or flocks, taste anything; do not let them eat or drink. 8 But let people and animals be covered with sackcloth. Let everyone call urgently on God. Let them give up their evil ways and their violence. 9 Who knows? God may yet relent and with compassion turn from his fierce anger so that we will not perish.” 10 When God saw what they did and how they turned from their evil ways, he relented and did not bring on them the destruction he had threatened.

14 After John was put in prison, Jesus went into Galilee, proclaiming the good news of God. 15 “The time has come,” he said. “The kingdom of God has come near. Repent and believe the good news!” 16 As Jesus walked beside the Sea of Galilee, he saw Simon and his brother Andrew casting a net into the lake, for they were fishermen. 17 “Come, follow me,” Jesus said, “and I will send you out to fish for people.” 18 At once they left their nets and followed him. 19 When he had gone a little farther, he saw James, son of Zebedee and his brother John in a boat, preparing their nets. 20 Without delay he called them, and they left their father Zebedee in the boat with the hired men and followed him.

Welcome to the third week of our summer sermon series on the book of Jonah. Jonah is a powerful little book – it’s only four chapters long – but I love it because it teaches us about God. The story of Jonah isn’t just the story of a grumpy and immature prophet and a big fish. It’s really a story all about God. God is the central character, not Jonah. What we are finding as we study the book of Jonah is that this book will serve as a mirror for us regarding how we respond to the will of God in our lives.

All of us have heard about Jonah. We know how God wanted to send Jonah to Nineveh, but Jonah ran away from God, got swallowed by a big fish, and then finally went to Nineveh anyway. He preached to the people of Nineveh, they repented, and God saved the city from destruction. That’s the story we’ve been told, and that’s the story that we think we know. But it is far deeper than that simplified summary. It’s a story of God’s loving grace to all people regardless of their worldly or economic status.

For a second time, God again commands Jonah to go to Nineveh and proclaim the message that God had given him. Jonah has learned his lesson, he keeps his vows, and he obeys – he goes to Nineveh, to that great and wicked city, a city so big that it requires three days to see it, and he proclaims the message of God, saying: “Forty more days and Nineveh will be overthrown”(or destroyed).

The rest of the story you know. The people of Nineveh, from the least who lived in slums and stole for a living, to the greatest who lived in luxury & grew fat on injustice, every single one of the Ninevites repented, they gave up their evil ways and they put on sackcloth and ashes and fasted and prayed to God for mercy. The people were so desperate that they even dressed their animals in sackcloth and caused them to observe the citywide fast. And God saw the repentance of Nineveh and God had compassion and did not bring upon them the destruction he had threatened.

Imagine if every person today who preaches hate and murder were to suddenly change their minds and lay down their weapons and pray to God, for deliverance from the destruction coming upon them. Imagine if all the pornographers and thieves and scam artists were to change their minds about how they lived and worked. What a cause for celebration it would be! All of us here, all of those in Washington and capitals around the world would sing and dance for joy…It would be so tremendous – so exciting. It would be a dream come true. But would it last? Would it last for Nineveh? We will see next week.

As we read Chapter 3, we also know the end of the story, because we have read Chapter 4. I believe that Jonah repented with his actions, but not his attitude, and not in his understanding. As we will see next week, Jonah’s heart was still not softened toward the Ninevites. He loved God and wanted to act in obedience to Him, but he still didn’t understand God’s desire to show the Ninevites compassion or grace.

Although, like Jonah, many of us don’t recognize it, I believe we have similar attitudes and I think the reason for this is our lack of understanding of God’s grace. We want grace when it comes to us, but not our enemies. We talk about hating the sin and not the sinner, but our actions often show that that’s just nice talk. I would like to challenge us to think about how we feel toward those we disagree with or feel wronged by. Are we simply trying to be tolerant of them or are we willing to work for their good?

For Jonah this was a real struggle, and we see it right away as he heads into the city. We’re told in verse 3 that a visit required three days, and in verse 4 we learn that on his first day into the city Jonah “started” into the city. It implies that Jonah had to “let go.” In other words, for Jonah, it wasn’t a matter of simply “getting started,” it was a matter of releasing his reservations to God’s instructions and acting in obedience. Jonah didn’t understand why God would want to show compassion to the Ninevites, but he went anyway. Many times, we do not understand God’s nudging. However, only through repeated prayer and silence as we listen to the still small voice speak to us, do we begin to understand the life changing charge that God is giving us.

As Jonah began his mission, he proclaimed the message God had given to him which was, “Forty more days and Nineveh will be overturned.” Some other translations say “destroyed.” Now, there is that number forty again. The number forty seems to be identified with testing of judgment. A long time to come to belief. As we think back through Scripture, we can remember that during the days of Noah it rained forty days and forty nights. The nation of Israel was tested in the wilderness for forty years. and now we see the Lord giving the people of Nineveh forty days to repent and turn from their wickedness.

Verse 5 gives us the Ninevites response saying, “The Ninevites believed God. They declared a fast, and all of them, from the greatest to the least, put on sackcloth.” What a response! And notice that it clearly wasn’t due to the sermon, it was only 8 words! This was a movement of the Holy Spirit to convict the hearts of an entire city and the Ninevites

After they heard the word of God and believed it, they fasted. Fasting as a means of humbling oneself before God. The Ninevites, when confronted with their sin, didn’t try to make excuses, they didn’t deny it, they didn’t blame others, they simply humbled themselves before God in hopes that He would forgive them.

Lastly, we see the Ninevites, from the greatest to the least of them, put on sackcloth. Sackcloth was a rough, dark material of spun and woven goat’s hair that were worn during mourning. The symbolic value of sackcloth derived from its association with poverty because sackcloth was sometimes the normal attire of the poor. In taking off their normal clothing and putting on sackcloth the inhabitants of Nineveh were once again humbling themselves and showing the repentance both to others and to God. The people of the city now were truly remorseful for their sin, and they acted in such a way as to appeal to God’s grace should He see fit to forgive them. Even to the king!

Finally, we come to the most important verse in this chapter – verse 10, which says, “When God saw what they did and how they turned from their evil ways, he had compassion and did not bring upon them the destruction he had threatened.” We have seen God as a loving Father who talks to His children and offers second chances, and now we see His incredible love and desire for grace as God relents from bringing about the destruction the people of Nineveh deserved. 2 Peter 3:9 tells us that, “The Lord is not slow in keeping his promise, as some understand slowness. He is patient with you, not wanting anyone to perish, but everyone to come to repentance.” God is compassionate. God is grace filled toward God’s creation.

A reflection on Mark 1:14-20: Lord, you call us to be fishers of people – to be your ambassadors, your ministers of reconciliation, your righteousness in the world.  Strengthen us in our calling.  Lord, help us now when we see the world in its

Some of the content comes from University Baptist Church 2016