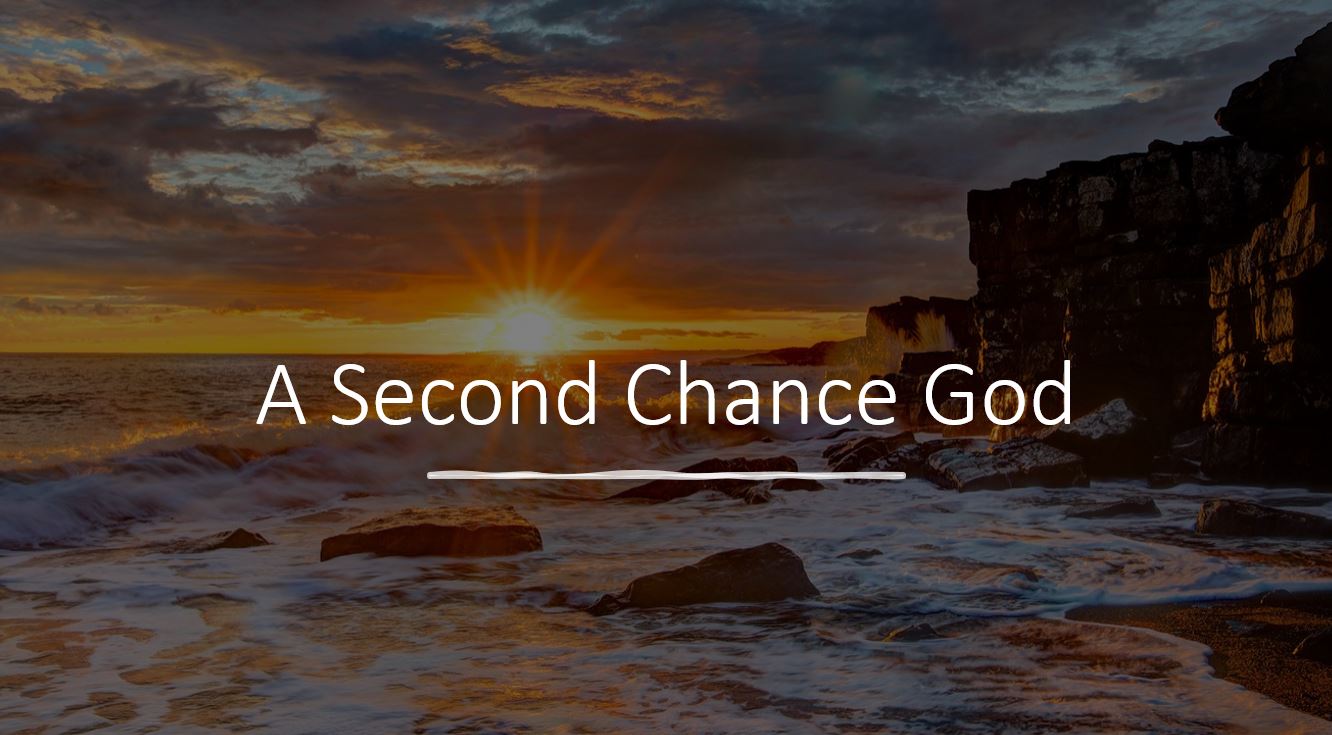 Jonah 2  1 From inside the fish Jonah prayed to the Lord his God. 2 He said: “In my distress I called to the Lord, and he answered me. From deep in the realm of the dead I called for help, and you listened to my cry. 3 You hurled me into the depths, into the very heart of the seas, and the currents swirled about me; all your waves and breakers swept over me. 4 I said, ‘I have been banished from your sight; yet I will look again toward your holy temple.’ 5 The engulfing waters threatened me, the deep surrounded me; seaweed was wrapped around my head. 6 To the roots of the mountains I sank down; the earth beneath barred me in forever. But you, Lord my God, brought my life up from the pit. 7 “When my life was ebbing away, I remembered you, Lord, and my prayer rose to you, to your holy temple. 8 “Those who cling to worthless idols turn away from God’s love for them. 9 But I, with shouts of grateful praise, will sacrifice to you. What I have vowed I will make good.  I will say, ‘Salvation comes from the Lord.’” 10 And the Lord commanded the fish, and it vomited Jonah onto dry land.

Welcome to the second week of our summer sermon series on the book of Jonah. Jonah is a powerful little book – it’s only four chapters long – but I love it because it teaches us about God. The story of Jonah isn’t just the story of a grumpy and immature prophet and a big fish. It’s really a story all about God. God is the central character, not Jonah. What we’re going to find as we study the book of Jonah is that this book will serve as a mirror for us regarding how we respond to the will of God in our lives.

All of us have heard about Jonah. We know how God wanted to send Jonah to Nineveh, but Jonah ran away from God, got swallowed by a big fish, and then finally went to Nineveh anyway. He preached to the people of Nineveh, they repented, and God saved the city from destruction. That’s the story we’ve been told, and that’s the story that we think we know. But it is far deeper that that simplified summary. It’s a story of God’s loving grace to all people regardless of their worldly or economic status.

Now we have the whale story. Some think that Jonah was actually swallowed by a whale. It is quite possible for a human to be swallowed by some whales. Whaling stories tell of a 15-foot shark being swallowed by a whale. In the 1890’s there was a story of James Bartley who was thrown from a whaling ship and was swallowed by a whale. The whale was caught and 18 hours later the sailor’s found him in the whale’s stomach. He was unconscious, but alive. He lived for twenty more years but was blind and his skin had been blanched white. The other way to look at the story is that it is a metaphor about descending into the depths of suffering, defeat, and despair and our surrendering to God.

Chapter 2 of Jonah is referred to as the Jonah prayer and it is very effective prayer. Jonah is in deep trouble, so to speak. His life is ebbing away, and he utters his prayer of confession and hope. Ever been there?

Three pastors were talking about the most effective ways to pray. As they were talking, a telephone repairman was working on the phone system in the background. One pastor said that the key to answered prayer is to hold your hands together and point them upward as a form of symbolic worship. The second said, “No, the most effective position for prayer is to be on your knees as an act of humility. The third pastor said, “No, the correct position for prayer is to pray while stretched out flat on your face. The phone man interrupted and said, “I found that the most powerful position to pray was when I was dangling upside down by my feet from a power pole 50 feet above the ground!”

The telephone repairman was right. The most effective prayer is when we cry out in desperation. The most powerful prayer Jonah ever prayed was in the belly of the whale. He was in the most hopeless situation of his life. When things are going well, we aren’t serious about praying because we think there’s no need to pray. But as soon as something goes wrong, we pray, “God, I’m in deep water. I can’t make it without you! You’ve got to help me!” Jonah said, “I called out in my distress to the Lord and answered me.”

Remember when Jesus was walking through a crowd, many people were touching Him. One woman in the crowd had been hemorrhaging for 12 years and the doctors were unable to help her. In desperation she touched the hem of Jesus’ garment—and power went out of Him and healed her. He turned around and said, “Who touched Me?” Of course, Jesus knew who it was, but He wanted them to know this woman’s touch was different than the others. Desperate people have the ability to get God’s attention when they cry out.

Sometimes we have to hit bottom before our prayers get answered. Here’s Jonah’s situation: He’s in the middle of the Mediterranean Sea. He’s inside a whale and in complete darkness. He has no idea of what will happen to him. He has no clue that the whale is taking him back to Israel. He doesn’t know that the whale will spit him out on dry land.

If you were in that situation, would you have hope? Does your situation look that hopeless? But Jonah makes an amazing declaration in verse 4, “Nevertheless, I will look again toward Your holy temple.” Think about it. He prayed that in total darkness inside of a whale. That’s a statement of hope. Jonah found hope in a hopeless situation! Jonah was trapped underwater and about to die. Yet he had hope that somehow, in some way, God would get him out of his problem because he said, “I will look again toward Your holy temple.”

Maybe you are in a hopeless situation. Cry out to God and make a declaration by faith of something incredible that God is going to do. It may look impossible but put your complete hope in God and trust God just like Jonah trusted God. When you’ve hit bottom, make a commitment to do God’s will. Jonah 2:9 “But I will sacrifice to You with the voice of thanksgiving. That which I have vowed I will pay.”

Commitment is a decision in our heart to begin a task and bring it to completion. Not only does Jonah say that he will look again to the temple, but he also declares that he is going to pay his vows. Apparently, Jonah had made some promises to God that he hadn’t fulfilled. Many times, when we’ve hit bottom, we get serious with God and make a greater commitment to do God’s will. When everything is going great, we usually don’t have time for God. God is low on our list of priorities. Jonah wasn’t committed to doing God’s will at first, but after spending three days inside the belly of a whale, his priorities changed. He says, “That which I have vowed, I will pay.” Let me ask you, what have you vowed to God that you’re not doing? Are you fulfilling promises that you made to your spouse? Are you paying your promises to pay your bills on time? Are you following your membership vows to the church to use your talents for the kingdom of God?  Jonah was committed to fulfilling his vows after hitting bottom.

Then we read in Jonah 2:10 “Then the Lord commanded the fish, and it vomited Jonah up onto the dry land.” When the sailors threw him overboard, he must have been a long way from Joppa because it was a three day and three-night trip back by way of whale. When the whale reached the shores of Israel, he vomited the prophet onto the land. So, the whale probably beached itself like they often do and then spit him out. Many scholars believe that Jonah was brought back to Joppa. Just like in Monopoly: “Return to GO”. God is about to give Jonah another chance. And when you’ve hit bottom, God will give you another chance too.

All of chapter 2 reflect God’s continued grace for us. Even in the most desperate situations, God’s grace and love is holding us and supporting us and we may not know it or recognize it. A person’s emphatic listening ear without commenting or trying to fix the situation is most important. Your friend or companion may feel as if the seaweed is wrapping all-around them and dragging them to the depths. Compassion and empathy help to slowly bring the friend to the awaking of God’s continuous love for them in spite of what they have done in the past.

Remember this? Through many dangers, toils and snares, I have already come; ‘Tis grace hath brought me safe thus far, And grace will lead me home. The Lord has promised good to me, His Word my hope secures; He will my Shield and Portion be,

As long as life endures. Amazing Grace vs 3 and 4