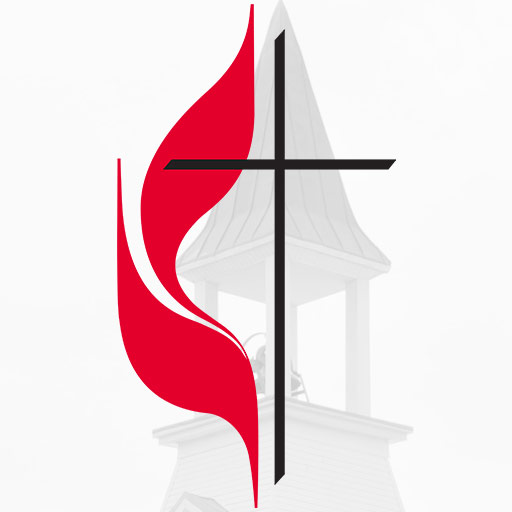 We all know we are on this earth for only a short time, some shorter than others.

I met a man a couple years ago, Jim Johns, who was at that time, the Chairman of the Board of Metro Maryland Youth For Christ.  I spoke with him a few times on the phone concerning some potential ministry events that Mason Dixon Youth For Christ, the chapter where I am on the board, was considering taking over, that Metro Maryland had conducted for 29 years.

I could tell immediately that he was a wealth of information and he loved the mission of Youth For Christ, so I arranged to meet him for lunch to “pick his brain”, so to speak, along with a fellow board member, who I also respect a great deal, to determine if it would be wise for our chapter to take over the weekend events that Metro Maryland had decided to stop holding, in favor of some different directions their ministry was taking.

I learned at that 2 ½  – 3 hour lunch meeting (there were no martinis involved, like I sometimes tease folks who have an extended lunch), and some subsequent meetings with others that Jim suggested we question for more details, that we were not in a position to take over the two annual events in spite of the fact that some of Mason Dixon personnel, led by our Gary Grecco, had done and supported major parts of those events for most of the 29 years they were in existence. Doing so would have consumed so much of our time and resources it could have damaged good ministry that was taking place.

Basically the tail would have been wagging the dog.  So,  we did not do it,  but, we subsequently started a new, similar,  smaller event, that has been extremely successful the first two years , doubling in size the second year, and it looks as if the third year will be even better.  I credit much of our success to Jim’s advice.

I only had one more opportunity to be with Jim for an evening when we invited him to come and share his perspectives on improving our board of directors based on some of his experiences.  I later learned that he was discovered to have an extremely fast moving cancer that took his life last January.

The reason I am sharing all of this about Jim is that when I went to the memorial service held for him, I came away thinking, “WOW! I wish I had had more opportunities to work with Him”, and “GEE!,  I sure hope people can have such great things to say about me when I am gone.”  Jim’s memorial service was so very uplifting, and a testimony, not only to how he gave of himself and his time and talents to further ministry in many different organizations, but to how he regarded his life and he wanted everyone to know about his Lord and Savior, Jesus The Christ.

Jim certainly had that “good name, better than perfume” that Solomon wrote about, and he wanted everyone mourning his end here on earth to know that “the end of a matter is better than its beginning”.  He wanted everyone to celebrate his life as opposed to mourning his departure.   Jim knew his time was very short so he did a video of his testimony and he wrote the order of the memorial service, picking the scriptures, songs, etc,.  There were eight persons who spoke and related their experiences with Jim and how he had impacted their lives in so many different ways.

This writing of Solomon that we heard today seems to contradict his previous writings with advice to eat, drink, and find satisfaction in one’s work – to enjoy the blessings God has given.  We are to enjoy what we have while we can, but we need to realize that adversity also strikes, which reminds us that life is short, and teaches us to live wisely, and refines our character.

Jim exemplified the teachings of Solomon and of Jesus in the life he lived and worked.  The testimonies of those folks that spoke at his memorial service spoke extensively of that.

Jim, although regretting leaving his wife of 45 years, and many close friends, was looking forward to his new life with Jesus.  In the video he made, he talked about only being able to imagine how wonderful it would be.  Then he had a video played of Ben Alston singing, “I Can Only Imagine”, that brought almost everyone to tears. In addition to picking scripture selections read at the beginning of the service, Jim also picked the scriptures he wanted his pastor to speak from for his message, which was Isaiah 24 & 25.  Isaiah 24 talks about the devastation the Lord would bring on Israel because of their sins and chapter 25 talks about praise to the Lord and His salvation, and includes a prophecy of The Lord’s Feast for all peoples.  Jim was looking forward to that feast.

On the back of the bulletin that Jim designed for his memorial service was a poem that expressed his belief about leaving this life for the next,  “At The Shoreline”  very prophetic,

I am standing upon the seashore.  A ship at my side spreads her white sails to the morning breeze and starts for the blue ocean.  She is an object of beauty and strength, and I stand and watch her until, at length, she hangs like a speck of white cloud just where the sea and sky come down to mingle with each other.  Then someone at my side says, “There! She’s gone.”

Gone where?  Gone from my sight-that is all.  She is just as large in mast and hull and spar as she was when she when she left my side, and just as able to bear her load of living freight to the place of destination.  Her diminished size is in me, not in her; and just at the moment when someone at my side says, “There! She’s gone”, – there are other eyes watching her coming, and other voices ready to take up the glad shout, “There she comes!”

So, What will people say at your funeral or memorial service?  Will they be praising God for the life you lived and the memories you left with them?  Think about that for a moment.  If you are unsure, or displeased with how you think you may have impacted others, and the legacy you leave for them, perhaps there is still time to change that.

A good example of how we might influence others for Christ was explained by Paul when he was in prison and wrote to the church at Colosse.  Paul had never been to Colosse but had heard about some of the problems the church there was experiencing that he learned about from his friend Epaphras.  He was concerned that, as they were encountering false teachings, they were losing the peace of Christ.  His advice to them is equally great advice for us today.

Does that “Peace of Christ” rule in your heart?  Are you thankful?  Do you do everything in the name of Jesus, The Christ, giving thanks to The Father through Him?

On the back of the picture card of him that is often given at funerals or memorial services was Jim’s favorite quote by C. S. Lewis, famous Christian author

“I believe in Christianity as I believe that the sun has risen: not only because I see it, but because by it I see everything else.”

On the cover of the bulletin that Jim wrote for his memorial service was his picture and this portion of Job 19:25-27

“I know my Redeemer lives, and that in the end He will stand upon the earth.  And, after my skin has been destroyed, yet in my flesh I will see God; I, myself, will see Him, with my own eyes…How my heart yearns within me!”

Does your heart yearn within you?  Is that Peace of Christ that Paul wrote about ruling in your heart?

If you feel you are falling short, there is still time to change. Praise be to The Lord, Amen.