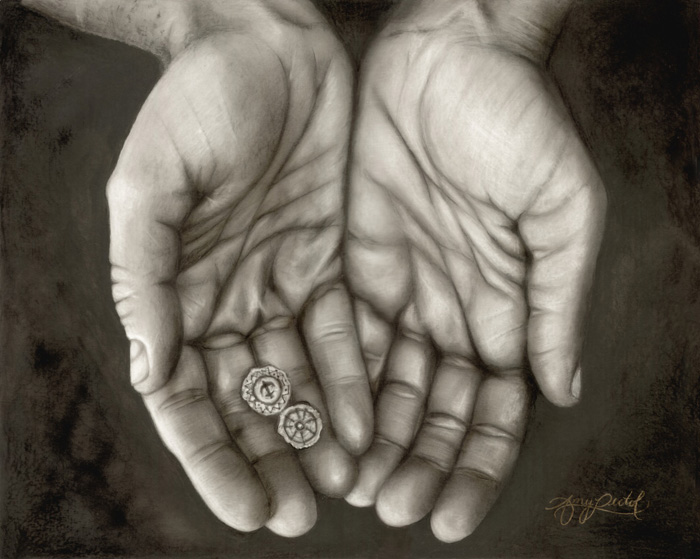 Luke 21:1-4 As Jesus looked up, he saw the rich putting their gifts into the temple treasury. 2 He also saw a poor widow put in two very small copper coins. 3 “Truly I tell you,” he said, “this poor widow has put in more than all the others. 4 All these people gave their gifts out of their wealth; but she out of her poverty put in all she had to live on.”

Prayer: Loving and Merciful God, help me to turn my entire life over to you so that my actions might bring you joy. Help me to remember that my body should be offered to you as a “living sacrifice.” In Christ’s name. Amen.