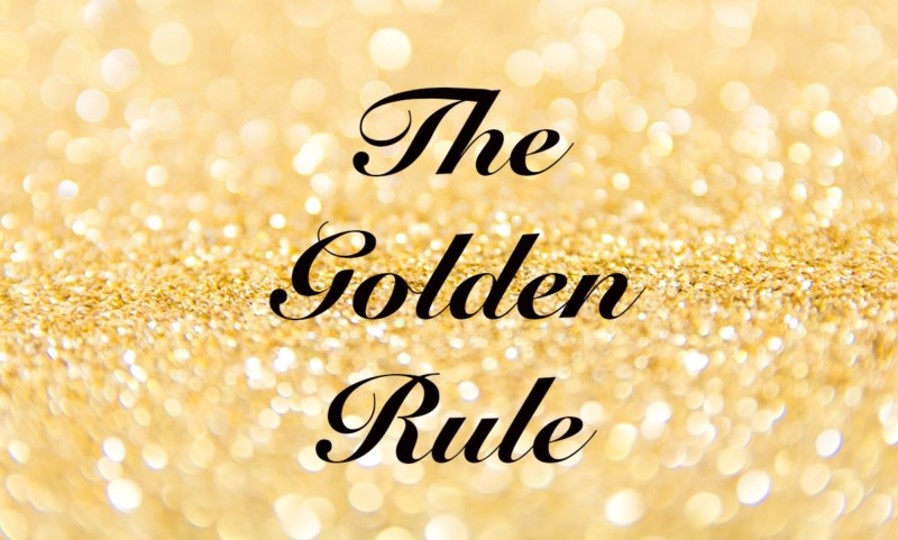 Matthew 5: 38-42 and Matthew 7:12 — 38 “You have heard that it was said, ‘Eye for eye, and tooth for tooth.’39 But I tell you, do not resist an evil person. If anyone slaps you on the right cheek, turn to them the other cheek also. 40 And if anyone wants to sue you and take your shirt, hand over your coat as well. 41 If anyone forces you to go one mile, go with them two miles. 42 Give to the one who asks you, and do not turn away from the one who wants to borrow from you.

12 So in everything, do to others what you would have them do to you, for this sums up the Law and the Prophets.

As I said last week, as we continue to look at The Sermon on The Mount, we may tend to think of it as being to the New Testament what the Ten Commandments are to the Old Testament.  And, that we, as Christians, should strive earnestly to live according to its teachings. Jesus is quoting Old Testament teaching while teaching a radical new way of thinking and living.

The scripture from today talks about it having been said “an eye for an eye, and tooth for tooth”, but Jesus is telling the apostles something quite different.  The “eye for an eye” teaching came from much earlier as instructions for judges of the people, attempting to teach them to make the punishment fit the crime, and thereby make the injured party feel justice was done, while demonstrating to the populace at large, that doing wrong would result in punishment equal to the wrong done.

It was never intended for everyone to use as justification for seeking revenge for a wrong.  Revenge is always wrong.  However, when we are wronged, our normal first reaction is to get even.  You know the old saying, “I don’t get mad, I get even.”

Jesus was teaching the apostles that the “new” way of thinking should be to forgive and even go the extra distance in forgiving and giving to others.  That is, if they strike one cheek, calmly turn the other to them, as opposed to striking them back.  And if they take your belongings, give them more.  This way of thinking did not sit well with the Pharisees and other leaders in the Jewish community.  They were tired of being under roman domination and were looking for a messiah who would free them from that situation, not turn the other cheek.

Our desire should not be to keep score, but to love and forgive.  This is not natural – it is supernatural.  Only God can give us the strength to love as he does.  Instead of planning vengeance, pray for those who hurt you. And then there is the part that says, “Give to the one who asks you, and do not turn away from the one who wants to borrow from you.”

How many of us would be able to say we have been living according to this teaching?  I see beggars on practically every street corner in Baltimore who are asking, every day.  If I gave to each of them each time, I see them asking, I would go broke.

I can think of circumstances, that if I followed this teaching totally, I would be robbed blind, or severely mistreated.  I do not think the society we live in understands much of what Jesus is teaching here.  We certainly do not live and act that way. Does this mean that when I caught an employee stealing, I should have given him more instead of firing him?

There are some tough teachings here.

The other scripture we read earlier was Matthew 7:12, which is commonly called “The Golden Rule”. “So, in everything, do to others what you would have them do to you, for this sums up the Law and the Prophets.”

Jesus says this just after impressing them with the fact that God wants to give good gifts to those who ask Him, just following the teaching to “Ask and you shall receive, Seek and you shall find, and Knock, and the door will be opened .” This one, simply stated, rule, sums up a Christian’s duty to his neighbors and states a fundamental ethical principle.

In its negative form, (sometimes called the Silver Rule), “Do not do to others what you would not like done to yourselves,” it occurs in 2nd -century documents Didache’ and the Apology of Aristides and may even have formed part of early catechisms.  It recalls the command to “love the stranger (sojourner)” as found in Deuteronomy.  It is not, however, peculiar to Christianity. Its negative form is found in Tobit 4:15 in the writings of the two great Jewish scholars Hillel (1st century BC) and Phil of Alexandria (1st centuries BC and AD)  It also appears in one form or another in the writings of Plato, Aristotle, Isocrates, and Seneca.

Confucius made the Golden Rule an unrivaled centerpiece of his philosophy of life.

Most religions have adopted some form of this principle.  If it was always adhered to universally, the world would be a very different place.  Instead, we often encounter actions that seem to say, “Do unto others before they have a chance to do unto you”.

Only when this rule was made a centerpiece of social interaction (by Jesus) did it become a more radical message, crossing class, clan, and tribal boundaries within Judaism.

Of special note in more of Jesus’ teachings is its application to outcasts and those below one’s station – the poor, lepers, Samaritans, and certain heathens.  It was made only second in importance to the First Commandment.  That is, to love God committedly, then love neighbor as yourself, which raised the status greatly.  It brought social inclusivity to center, thus shifting the focus of Jewish ethics.  Yet the “love thy neighbor” maxim far exceeds the golden rule in its moral expectations.  It stresses loving identification with others while the golden rule merely advises equal treatment.

When this rule was applied across various cultures it became a truly revolutionary message. Its “good news”, spread by evangelists, like Paul, caused a consciousness-shift among early Christians, causing them actually to “love all of God’s children” equally, extending to the sharing of all goods (as attested to in Acts) and the acceptance of women as equals. Despite all of the early good intentions, some of that has taken a long time to become real and much has still not.

So, maybe we need to consider other people’s customs, traditions, and desires before deciding what would make them happy or pleased, and then act in that manner, especially being careful to not do any harm.

Joyce’s mother had an axiom that she repeatedly said to her four girls.  “It’s nice to be nice.” And, along those same lines, “If you can’t say something nice, it is better not to say anything at all.”

Pretty good advice, don’t you think?  Let’s do our best to follow that advice and consider what would make others happy and try to do that as demonstrations to the world of how Christians act.