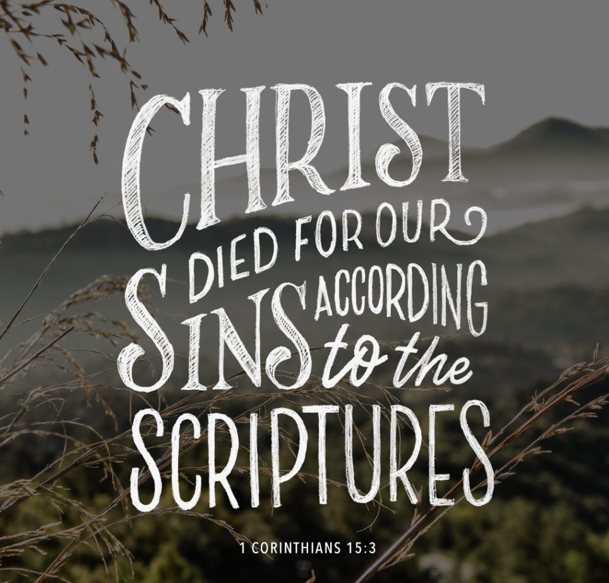 We are into our tenth week without face to face worship. We are growing restless and want to get back to our normal routines. However, our more rational side reminds us of the unforeseen danger that lurks outside. Our lives have been permanently changed at least for the next months or even years. We want to rush out but know that we have to hold back.  In order to prepare for the return to worship, PGUMC is creating a “Re-Opening” team that will examine and implement the re-opening guidelines that the Conference has suggested. We will be looking at both The Gathering Table and the Sunday 10:30 worship service. I plan to have some addition information for you in the next edition of Reflections.

1 Corinthians 15: 3-7 The Resurrection of Christ

For the past several weeks I have been working with “Post-Resurrection Stories.” These are scriptural stories about the appearances of Jesus after the Resurrection. There are eight different stories ranging from breakfast on the beach to “doubting” Thomas to the upper Room. Today’s scripture is from Paul and it is more of an ancient creed than an example of appearance. In other words, as Paul is writing the letter to the church at Corinth, he is repeating a liturgical creed that was prevalent to the early church. 1Corinthians is thought to be the earliest and first of the New Testament letters – earlier than the Gospels.

What Paul is writing to the church in Corinth is a creed of hope – that Christ has Risen – He has Risen indeed. The early church, like us, needed signs and words of hope as they and we move forward in difficult times. The early church was already being persecuted – first by Saul – who after having the Damascus Road experience became the principal advocate in which Christianity moved into the Gentile world. Hope and trust in the resurrection of Jesus was vital to the nascent church. Hope is vital to us right now. Hope is the desire that the future will be better than the present.

We are more than two months into social isolation because of the Coronavirus pandemic. No matter what we read on see or divergent opinions that we have, the virus is here to stay and that all of us are susceptible to being infected. We practice social distancing. We wear masks and sometimes gloves and use hand sanitizer. All of this is to help us be certain that we do not catch the virus. But we are growing restless and complacent that we will not catch the virus and we want to get back to our previous lives. We want everything to reopen — many of us may be dismissive of the virus or think that “I am taking protection so I will not catch the virus.” I think that we are overly optimistic because we long for the freedom that we had before. It is easy to become depressed also. Where is the hope?

Hope is the desire that the future will be better than the present. At a recent Church of the Resurrection message by Adam Hamilton, he is quoted that “Hope is not pretending that troubles do not exist— it is the trust that troubles will not last forever, that hurts will be healed and difficulties overcome.” Pleasant Grove UMC is working diligently that we will overcome the difficulties of the pandemic and emerge a stronger and more faithful congregation. The future is bright, not bleak – and we need to live that way in that hope.

As I was up early this morning, I found a poem by Emily Dickinson Hope is the Thing With Feathers. “Hope” is a thing with feathers – that perches in the soul -and sings the tune without the words- and never stops – at all. Each morning as the dawn arises, I hear the birds beginning to sing – slowly at first then the crescendo. “Tunes without words” and the bird’s songs give us hope in the middle of the virus shutdown.

The early church that Paul writes to was hoping that Jesus would return soon. However, as Paul is writing (about twenty years after the Resurrection) in his letters is for the churches to remain strong in their faith – to continue their missionary fervor and to become dedicated and committed Christians. We, too, can follow the hope filled lives of the early Christians.

Ann and I are looking forward to seeing you at the Memorial Day concert at 11AM in the parking lot near the Social Hall.

God’s continued blessings to you.