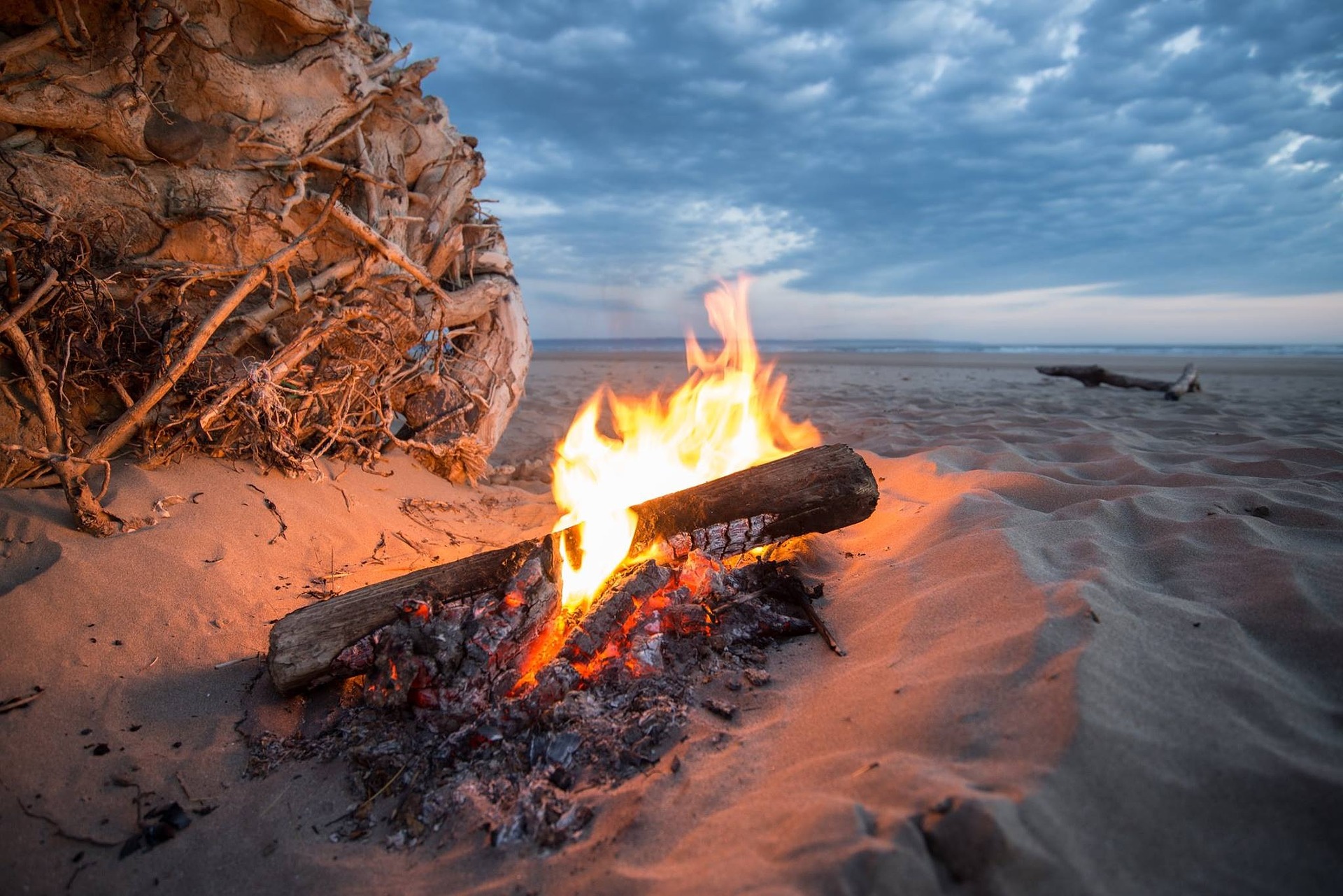 We are into our 8th week without face to face worship. We are growing restless and want to get back to our normal routines. However, our more rational side reminds us of the unforeseen danger that lurks outside. Our lives have been permanently changed at least for the next months or even years. We want to rush out but know that we have to hold back. We all anticipate when we can come together as a worshiping body of Christ. I expect that we will have several weeks’ notice. Lynn, Jenifer and I are preparing for the opening, so that we can have quite a celebration.

Each week after Easter, I have been working with “post- Resurrection” stories. These are found in the last chapters of all the Gospels and each one is different. Two weeks ago I reflected on the walk to Emmaus, where the Risen Christ appeared to two very downtrodden men who were discussing what had happened over the weekend. And Jesus appeared to them at the breaking of the bread. Immediately they returned to Jerusalem with the good news that “they had seen the Risen Lord” (Luke 24: 13-33). Last week we looked at the story about Thomas who was not convinced that Jesus was alive until he touched him. The key phrase in the Scripture is 28 Thomas said to him, “My Lord and my God!” 29 Then Jesus told him, “Because you have seen me, you have believed; blessed are those who have not seen and yet have believed.” John 20:28.

Today we have another Resurrection appearance. It’s the story of the barbecued fish breakfast on the beach found in John 21:1-24. Here are several key verses that are important to the appearance of Jesus

John 21: 4-13, 15-17 Early in the morning, Jesus stood on the shore, but the disciples did not realize that it was Jesus. 5 He called out to them, “Friends, haven’t you any fish? “No,” they answered. 6 He said, “Throw your net on the right side of the boat and you will find some.” When they did, they were unable to haul the net in because of the large number of fish. 7 Then the disciple whom Jesus loved said to Peter, “It is the Lord!” As soon as Simon Peter heard him say, “It is the Lord,” he wrapped his outer garment around him (for he had taken it off) and jumped into the water. 8 The other disciples followed in the boat, towing the net full of fish, for they were not far from shore, about a hundred yards. 9 When they landed, they saw a fire of burning coals there with fish on it, and some bread. 10 Jesus said to them, “Bring some of the fish you have just caught.” 11 So Simon Peter climbed back into the boat and dragged the net ashore. It was full of large fish, 153, but even with so many the net was not torn. 12 Jesus said to them, “Come and have breakfast.” None of the disciples dared ask him, “Who are you?” They knew it was the Lord. 13 Jesus came, took the bread and gave it to them, and did the same with the fish.

“Grilled Fish with a Message”

We have been through a lot of difficulties these past eight weeks. We are in isolation because of the contagious aspect of the Coronavirus. We are restricted to staying at home, and many people have become unemployed. Our economy is tanking, and we are becoming restless — wanting to get out with our friends and neighbors and go back to work. I have found that during times of stress I seek out familiar activities and comfort food—such as being in the garden and pizza. This enables me to relax and to “sort of” wish my troubles would go away. Sound familiar?

Several years ago, when Ann was having major health issues that put her into the hospital several times in a two-week period, pizza became a stable of mine. Ann had not been in the hospital for years and now she was – in a period of two weeks – in the hospital for about 8 days total. I searched out the local pizza places. Pizza is my comfort food — good hot pizza – thin crust – peperoni and mushrooms are a prerequisite for me. – it calms me down and causes me to slow down from the anxiousness of the moment. But it really does not take my stress away – only a short respite.

It is our human nature to want stability in our life. Especially today, our reactions to crisis causes us to seek more stability. Peter’s stability is fishing. Mine is pizza. The disciples had been through the difficult times — Jesus had been killed — but he was alive – and occasionally Jesus was with the disciples. But Jesus’ appearance could never be anticipated — and it was still a miracle that he appeared in the flesh. So, today, we pick up in the 21st chapter of the Gospel of John. Peter has decided to go fishing- this was his occupation – this was his comfort work – this enabled him to separate from his troubles. After a long night in the sea — no fish — all that work and no fish. I know that well — when I go fishing – seldom do I catch anything. I try all the proper techniques – the good lures and special flies — look for pools where fish would be, but I have little luck. I have caught several rainbow trout — but it takes me hours to catch a fish — Just like Peter. But this time Jesus appears in the dawn and tells Peter to fish on the other side of the boat. He does and catches many fish.

Now it is barbecue time. Have you ever barbecued a fish? Actually, it’s harder that you think.  You must be careful that you do not overcook it. Olive oil and peppercorns and lemon help to make the fish just right. Jesus is having a barbecue — a breakfast barbecue on the beach – and the men finally had successful night fishing. Not only that, but once they have hauled their catch ashore, Jesus invites them to bring some of what they have caught and add it to what he has already provided for them.

I think there is something powerful here, as Jesus not only provides the barbecue breakfast for the disciples –– but also invites them to contribute what they have. The scene with Peter is even more explicit and powerful. Three times Jesus’ asks Peter to confess his love, “do you love me”? Three times Peter does, though by the third time he is disheartened, even hurt. But what Peter doesn’t quite catch in this moment, the reader surely does. For the last time Peter was gathered around a charcoal fire was when he was in the high priest’s courtyard and denied his Lord three times. So, three times Jesus invites Peter to confess, symbolically wiping away the three times Peter denied.

But instructions are not the only things we need to hear more than once in order to take them to heart. All of us who have ever loved or been loved know that the words “I love you” can never be spoken too often. For some of us who have weathered the hurts of broken relationships, saying, “I love you,” for the first time again is one of the most frightening things we will ever do. Saying “I love you” out loud is an important milestone in any relationship — whether you are: whispering it to a new sweetheart, admitting it to an estranged parent, or offering it to a lonely friend. Saying “I love you” once is never enough. It is just the beginning. We must say “I love you” over and over again — we must hear “I love you” over and over again — before we begin to trust the reality of those words and before we can feel the weight of the love that lies behind them.

Jesus repeated his question to Peter three times — not out of doubt or because of Peter’s denseness, but in order to strengthen the power of his words. With each “Do you love me,” the meaning and inferences behind this query seeped more deeply into Peter’s heart. Through repetition, we “learn by heart.” All those prayers, those actions, those responses to life that we “learn by heart” through constant repetition become a part of our heart. “I love you” — “Our Father …” — “Praise God” — “God bless you.” All these phrases represent repeated expressions of love and faith in our lives — and they are no less powerful for having been repeated so often and so well that they are “learned by heart.”

We need periodic positive reinforcement to keep the habits of our faith renewed and refreshed. This is why we need to hear “I love you,” as often as we need to say it. Practiced faithfully, a life with a fixed habit for God will create its own reinforcement. Well-loved and well-tended sheep respond devotedly to their shepherd.

Loving Christ, living a life faithfully, tending to Christ’s business becomes a reflex habit – all the time. – All of this from a morning barbecue breakfast on the beach.