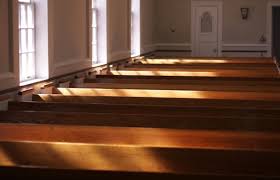 Scripture for Palm and Passion Sunday

28 After Jesus had said this, he went on ahead, going up to Jerusalem. 29 As he approached Bethphage and Bethany at the hill called the Mount of Olives, he sent two of his disciples, saying to them, 30 “Go to the village ahead of you, and as you enter it, you will find a colt tied there, which no one has ever ridden. Untie it and bring it here. 31 If anyone asks you, ‘Why are you untying it?’ say, ‘The Lord needs it.’”32 Those who were sent ahead went and found it just as he had told them. 33 As they were untying the colt, its owners asked them, “Why are you untying the colt?” 34 They replied, “The Lord needs it.” 35 They brought it to Jesus, threw their cloaks on the colt and put Jesus on it. 36 As he went along, people spread their cloaks on the road. 37 When he came near the place where the road goes down the Mount of Olives, the whole crowd of disciples began joyfully to praise God in loud voices for all the miracles they had seen:

Who has believed our message and to whom has the arm of the Lord been revealed? 2 He grew up before him like a tender shoot, and like a root out of dry ground.
He had no beauty or majesty to attract us to him, nothing in his appearance that we should desire him.3 He was despised and rejected by mankind, a man of suffering, and familiar with pain. Like one from whom people hide their faces he was despised, and we held him in low esteem. 4 Surely he took up our pain and bore our suffering, yet we considered him punished by God, stricken by him, and afflicted.5 But he was pierced for our transgressions, he was crushed for our iniquities; the punishment that brought us peace was on him, and by his wounds we are healed.

Pray for our nation, our leaders, our people, God’s people all around the world to turn our hearts to Him… that He will heal our land & our world, both physically and spiritually.  Praying that we will honor Him with our words, our deeds & our lives and that thru this virus crisis, others will come to know Christ Jesus as their Lord & Savior.