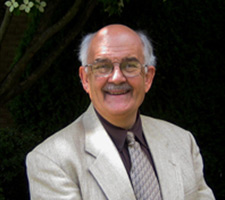 Pastor Dick Harden is a second career pastor. Initially, Pastor Dick was employed in the military industrial complex after he had earned a BS in Electrical Engineering from the University of Maryland. He also has advanced degrees in electronics and management. He graduated from Wesley Seminary in 1995 with a Masters of Divinity and was ordained a deacon in the United Methodist Church in 1995. Three years later he was ordained an Elder.

In 1995, Pastor Dick’s first appointment was to Christ House, a medical facility for homeless men in Washington, DC, an outreach ministry of the Church of the Saviour. Joined by his wife, Ann, they lived with formerly homeless men in Kairos House, a transition home for men in recovery. In 1997, Pastor Dick was appointed to Bowie UMC where the church re-established their youth program, significantly increased the worship attendance and instituted Disciple Bible study. In 2000, Pastor Dick was appointed as associate pastor at Reisterstown UMC. During his tenure, the youth experienced the benefits of work camps in Appalachia along with Rebuilding Baltimore. Under his guidance, in 2003, Reisterstown UMC created and implemented a 501-(c)-3 non-profit after-school program known locally as “The SPOT”. Pastor Dick also has focused upon the development and implementation of an active men’s ministry. Additionally, in 2004, he was awarded a Lilly Foundation Clergy Renewal grant for his sabbatical.

In 2011, Pastor Dick retired from the full-time ministry and was immediately appointed to the position as Pastor of Pleasant Grove UMC in Reisterstown. Additionally Pastor Dick was hired by the Baltimore-Washington Conference of the UMC to address the issues of homelessness in Baltimore City and to develop the Conference’s response to an emerging housing-first initiative that will “re-purpose” church buildings into ministries and housing for the homeless.

Pastor Dick and his wife Ann have been fortunate to have extensive experiences at some of the world’s foremost spiritual venues. The have been in retreat at the Taizé and L’Arché communities in France, Iona in Scotland, and the Abbey of Gethsemane in Trappist, Kentucky. Two formative mission experiences were three week immersions into the poverty in Port-Au-Prince, Haiti and Kingston, Jamaica. Still connected to the Church of the Saviour in Washington, DC, Pastor Dick has lead the RUMC Confirmation Class back to Christ House so that the youth can have a firsthand experience with the homeless.

Pastor Dick and his wife Ann, an educational consultant in the Carroll County Public Schools, have two adult children – a son and his wife and three children who live in Tel Aviv, Israel, and a daughter and her husband and son who live in Northern Virginia.