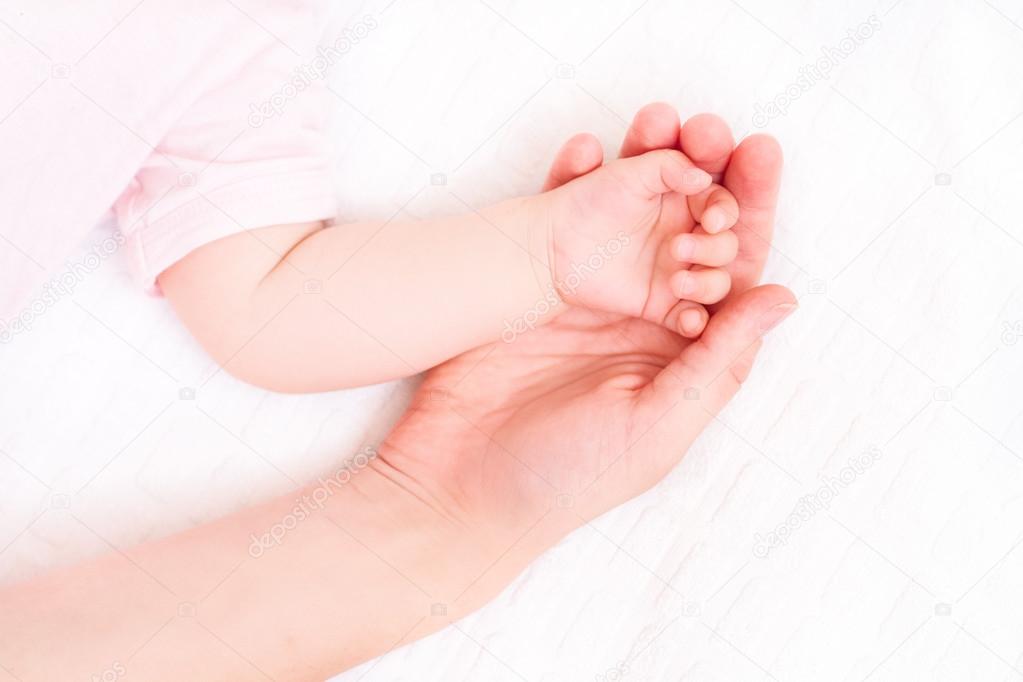 16 Now two prostitutes came to the king and stood before him. 17 One of them said, “Pardon me, my lord. This woman and I live in the same house, and I had a baby while she was there with me. 18 The third day after my child was born, this woman also had a baby. We were alone; there was no one in the house but the two of us.19 “During the night this woman’s son died because she lay on him. 20 So she got up in the middle of the night and took my son from my side while I your servant was asleep. She put him by her breast and put her dead son by my breast. 21 The next morning, I got up to nurse my son—and he was dead! But when I looked at him closely in the morning light, I saw that it wasn’t the son I had borne.”22 The other woman said, “No! The living one is my son; the dead one is yours. ”But the first one insisted, “No! The dead one is yours; the living one is mine.” And so they argued before the king.23 The king said, “This one says, ‘My son is alive and your son is dead,’ while that one says, ‘No! Your son is dead and mine is alive.’”24 Then the king said, “Bring me a sword.” So they brought a sword for the king. 25 He then gave an order: “Cut the living child in two and give half to one and half to the other.”26 The woman whose son was alive was deeply moved out of love for her son and said to the king, “Please, my lord, give her the living baby! Don’t kill him!” But the other said, “Neither I nor you shall have him. Cut him in two!”27 Then the king gave his ruling: “Give the living baby to the first woman. Do not kill him; she is his mother.”28 When all Israel heard the verdict the king had given, they held the king in awe, because they saw that he had wisdom from God to administer justice.

U.S. President Woodrow Wilson declared May 8, 1914, the second Sunday in May, as a special day to honor the nation’s mothers, especially those who had lost their sons to war. Anna Marie Jarvis and fellow members of the Methodist Episcopal Church led the charge to make Mother’s Day an official observance. When Andrew’s Methodist Church of Grafton, W.Va., held the state’s first official Mother’s Day on May 10, 1908, Jarvis marked the victory by bringing in 500 carnations, honoring her late mother, who had been a leader in the initial efforts to mark the occasion. The interesting story is that the original plan forMother’s Day was a simple carnation (a tightly bound flower that symbolizes the tightness of a mother’s love) and a handwritten note of love to mom. Then Hallmark got a hold on the idea – and we are all aware of the change that occurred.

This raises some questions about how to keep the focus on worshipping God, while celebrating and honoring the gifts of mothers. The answer seems obvious: Just turn to the Bible. We hardly turn the first page in Genesis before encountering Eve, the mother of all. What a dysfunctional family she and Adam had – older brother gets angry at younger brother and kills him. Genesis 4

There are scant tender moments or lovingly sentimental words from mother’s, especially in the Old Testament. For the most part, biblical mothers face daunting hardships, and many were smart, savvy and occasionally, ruthless. Most accounts in the Hebrew Scriptures involve the relationship of mothers and sons and questions of power and dynasty. Except for Mary, mother of Jesus, the Christian texts offer few developed stories involving motherhood.

This morning, however, we are reading about a couple of women who do not usually come to mind on Mother’s Day. In 1 Kings chapter 3 we are told that two women came before King Solomon to ask him to judge and render a decision on a very dark and troublesome matter. Solomon is a teen-ager when he becomes king. Solomon loves God, and he follows the good advice that his father David gave him. God is pleased with Solomon, and so one night God says to Solomon in a dream: Solomon, what would you like me to give you?’ At this Solomon answers: ‘My God, I am very young, and I don’t know how to rule. So, give me the wisdom to rule your people in a right way.’ God is pleased with what Solomon asks. So, God says: Because you have asked for wisdom and not for long life or riches, I will give you more wisdom than anyone who has ever lived (I Kings 2).

A short time later two women come to Solomon with a difficult problem. ‘This woman and I live in the same house,’ explains one of them. ‘I gave birth to a boy, and two days later she also gave birth to a baby boy. Then one night her baby died. But while I was asleep, she put her dead child next to me and took my baby. When I woke up and looked at the dead child, I saw that it was not mine.’ At this the other woman says: ‘No! The living child is mine, and the dead one is hers!’ The first woman answers: ‘No! The dead child is yours, and the living one is mine!’ This is the way the women argued. What will Solomon do? What a quandary! He sends for a sword, and, when it is brought, he says: ‘Cut the living baby in two and give each woman half of it.’  ‘No!’ cries the real mother. ‘Please don’t kill the baby. Give it to her!’ But the other woman says: ‘Don’t give it to either of us; go on and cut it in two.’ Finally, Solomon speaks: ‘Don’t kill the child! Give him to the first woman. She is the real mother.’ Solomon knows this because the real mother loves the baby so much that she is willing to give him to the other woman, so the baby would not be killed. When the people hear how Solomon solved the problem, they are glad to have such a wise king.

Looking at the story from another angle, we find some lessons on motherhood from the point of view of the woman who was about to lose her child. Here are some important lessons to learn about being a mom . . .No perfect mom … Moms can be too hard on themselves, but in this story, we learn a lot about just being the best that you can be – not necessarily perfect. The two mothers in this story were prostitutes! The infant in this narrative is evidently conceived under sinful circumstances. Why did Solomon, king over God’s chosen people, even take the time to worry with two prostitutes? These women, and the sinful men who paid for their services, were living out of God’s will. Solomon was concerned about the women and the baby because God was concerned about them.

I do not have to convince you that the church should stand for moral purity. But the church should also stand for forgiveness and restoration! Yet, when forgiveness and restoration become personal, we Christian’s struggle with this. We are pulled more towards our secular feelings instead of relying on God’s will. These women were not living up to God’s ideals – yet God still loved them!

If any of us had to wait for God to love us based on our performance, we would all be out of luck! Sorry, there is no such thing as a perfect mother, just like there are not any perfect ones among the rest of us. If there is anyone in whom should be willing to overlook our faults, it should be our mother. Why? Because they have overlooked so many of our faults. Could we possibly do this? We need to lighten up on mom a little, and moms need to lighten up on themselves a little.

God has answers for a mother’s problems. Do not look for stress-free motherhood, it does not exist. From the pains of giving birth, to the empty nest, to grandchildren and beyond, motherhood is stressful. But there is good news! God is able to assist moms in the problems they encounter. God not only loved those two prostitute mothers, but God also loved the little baby in this story. God dispatched His wisdom to Solomon to save the child.

God has wisdom to spare for parenting responsibilities today. God can guide and provide for mothers in all kinds of life situations – single moms, adoptive moms, stepmoms, moms with special situations, you name it! Nothing like a mother’s love. A mother’s love is sacrificial. The real mother in this story would rather see another woman raise her child than see it split in two. You must be willing to give up some things to be a good mother. Personal sacrifice is a pivotal part of motherhood. It begins by sacrificing their own bodies by carrying the child around in their womb for nine months. Our mothers fed us, nourished, and protected us with their own bodies before we even saw the light of day. I do not know anyone else who loves me enough to carry me around for nine months. But a mother’s sacrifice does not end there. They keep on giving. They give up sleep for the midnight feedings. Mothers give up their personal goals to help their children achieve their goals. We honor moms for all the giving they do. They remind us of God who is sacrificial and giving. He gave His only Son for a world of wayward children.

The story is told – out of WWII and the holocaust that took the lives of millions of people – of Solomon Rosenberg and his family. It is a true story. Solomon Rosenberg and his wife and their two sons and his mother and father were arrested and placed in a Nazi concentration camp. It was a labor camp, and the rules were simple. “As long as you can do your work, you are permitted to live. When you become too weak to do your work, then you are exterminated.” Rosenberg watched his mother and father marched off to their deaths, and he knew that next would be his youngest son, David, because David had always been a frail child. Every evening Rosenberg came back into the barracks after his hours of labor and searched for the faces of his family. When he found them, they would huddle together, embrace one another, and thank God for another day of life. One day Rosenberg came back and did not see those familiar faces. He finally discovered his oldest son, Joshua, in a corner, huddled, weeping, and praying. He said, “Josh, tell me it’s not true.” Joshua turned and said, “It is true, poppa. Today David was not strong enough to do his work. So, they came for him.” “But where is your mother?” asked Mr. Rosenberg. “Oh poppa,” he said, “When they came for David, he was afraid, and he cried. Momma said, ‘There is nothing to be afraid of, David,’ and she took his hand and went with him.”

If any of us have felt that we have had to walk through that valley alone so many times, you will recognize that there is a hand reaching out to you, saying, “There is nothing to be afraid of. I’ll go with you.” Hopefully, you will recognize that there is Jesus Christ, the one who has already gone through the valley of the shadow of death for you and made it possible for you to live forever. God extends His loving invitation in much the same way that a mother opens the doors of home and calls her children in. God calls you, too.